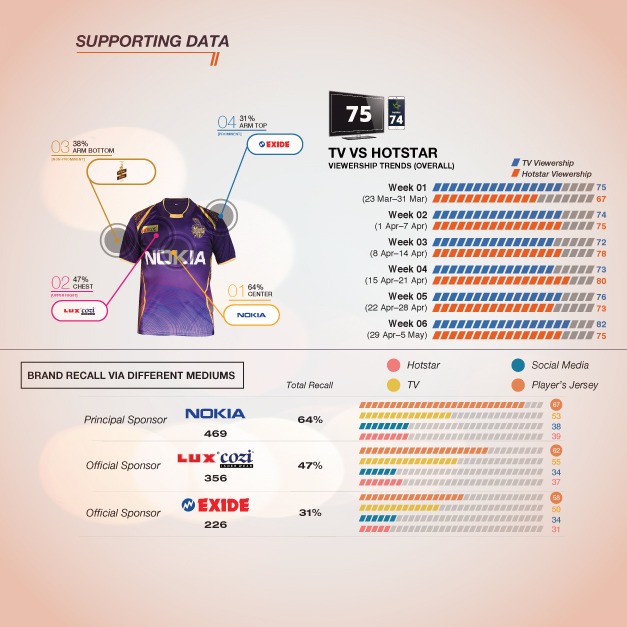 THE SCIENCE BEHIND GETTING THE RIGHT SPOT IS IT JUST ENOUGH? (KKR) Plausible Marketing Question Is it enough to have a prominent position on the player's jersey, or do I need to support my brand with advertising? What works better? What position on a player's jersey should I go for? Data Interpretation

a. Well-known & popular brand. b. Associated with KKR as principal sponsor between IPL 2008 and 2014 and again in 2018. c. Ran marketing & promotional campaigns on various mediums, active participation on social media.