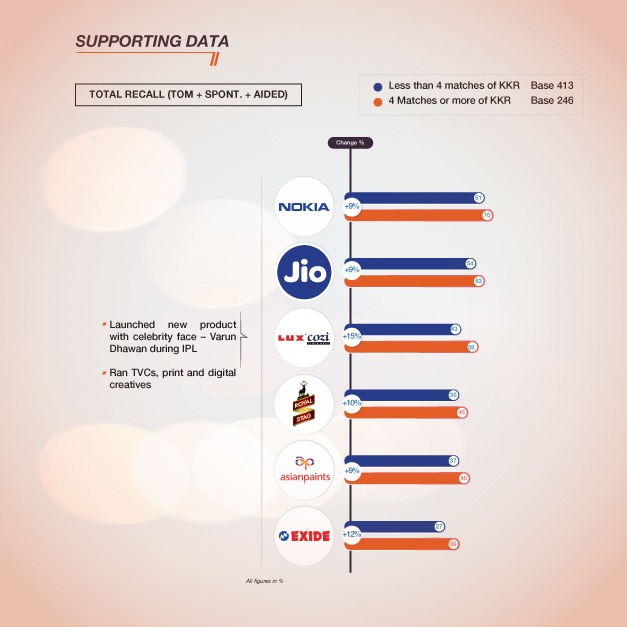 THE THRESHOLD VALUE FOR A GREATER BRAND RECALL (KKR)

I know that viewers who watch more matches are likely to have a stronger brand recall. What is the average increase that I can expect from them?