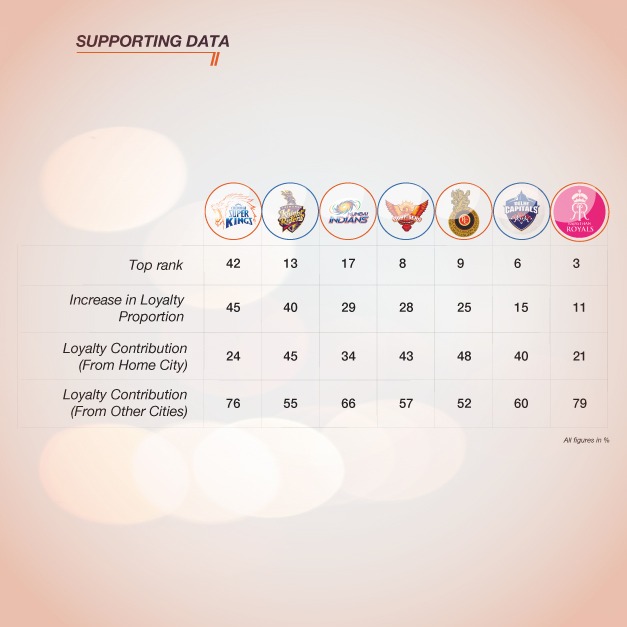 TRANSLATING THE FRANCHISEE PATRONAGE INTO BROWNIE POINTS FOR YOUR BRANDS

What is the loyalty by the city towards its home team, and how can I take advantage of this?